Origins of The Ranch. 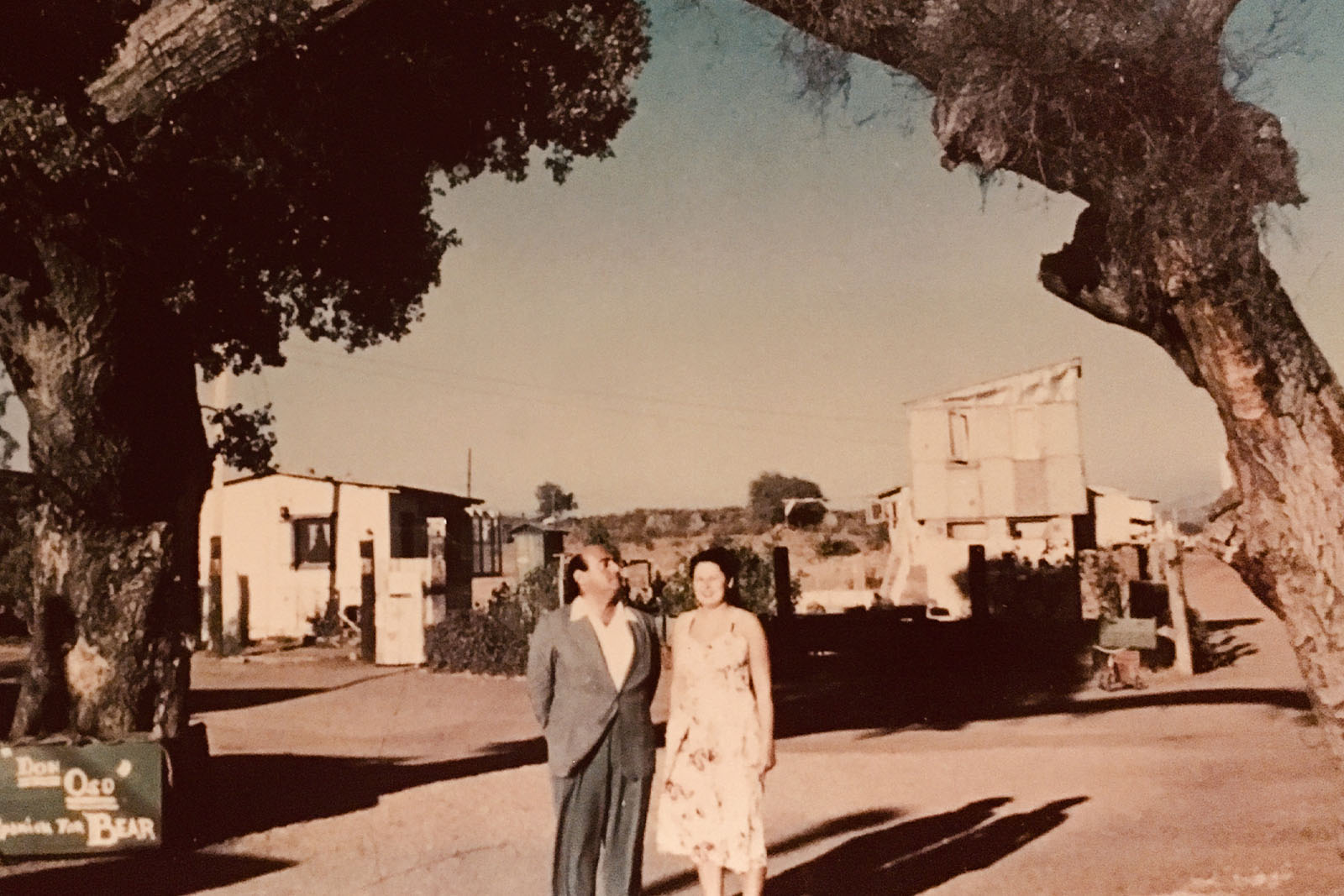 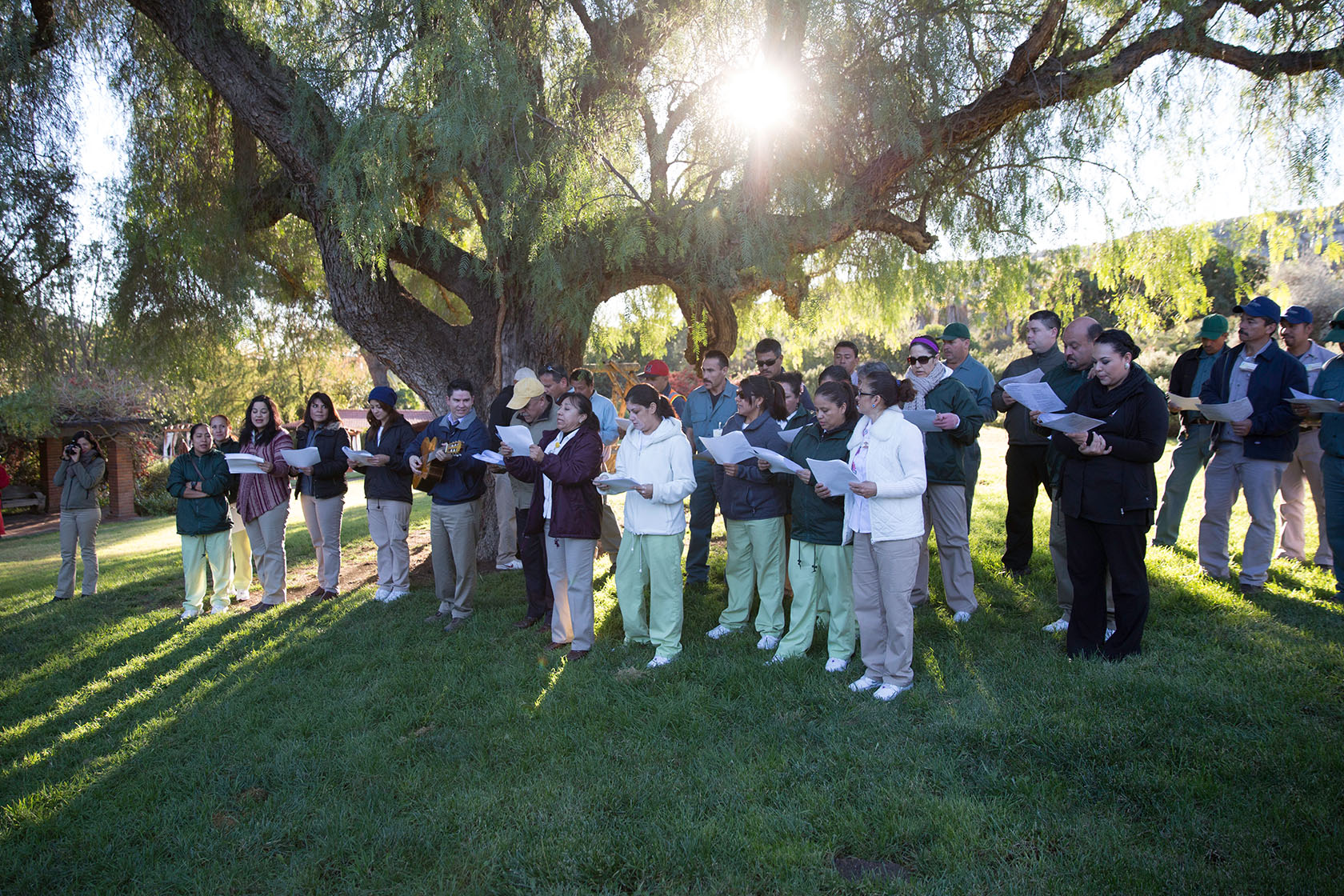 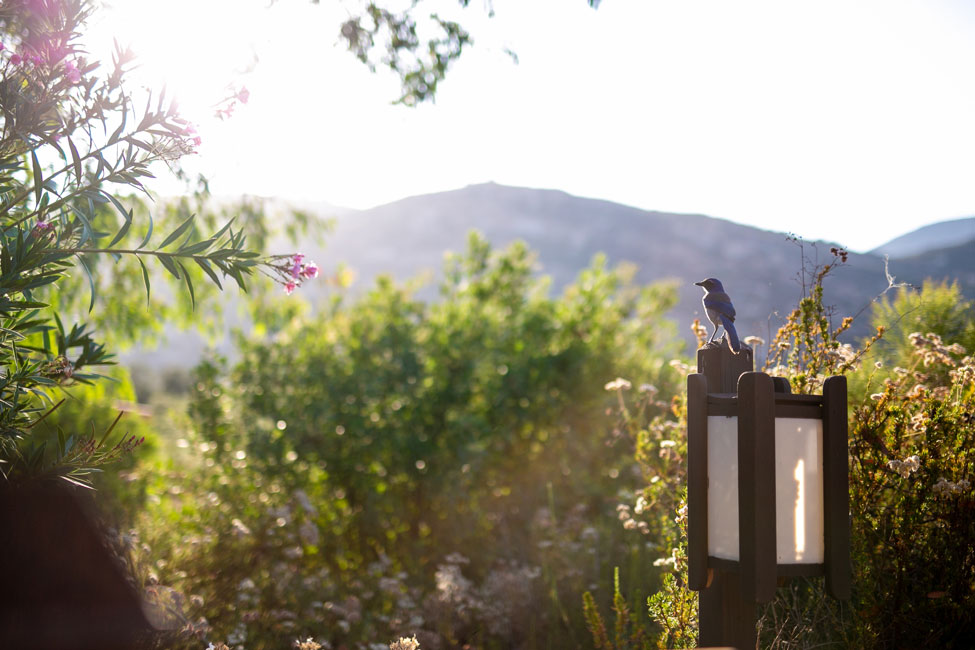 Family-owned and operated since 1940

The 1928 Cadillac — once elegant, now old — bounced and swayed over a dirt lane leading toward a stand of oaks in an otherwise open field. A perilously oversize homemade wooden box attached to the bumper contained the worldly goods of Edmond and Deborah Szekely, while they themselves were possessed of an improbable plan: within weeks they hoped to welcome their first guests in June, 1940, to an impromptu summer health camp in the coastal mountains of Baja California, Mexico, not far from San Diego, California.

Deborah, who was born in Brooklyn in 1922 and lived in Tahiti for five years as a child, was newly married to “the Professor.” Edmond was well known for his wide-ranging studies, writings and lectures in the 1930s. His views on philosophy and ancient religions, the nutritional value of just-picked fresh pesticide-free vegetables, exercise, and what we would call “ecology” today, were revolutionary for the times.

As the horrors of World War II engulfed the globe, the Professor — a Romanian citizen — had become a man without a country when his U.S.-issued papers expired. He was told he had to leave before June 1 or be returned to his country of origin, where his Jewish heritage was a death sentence.

And so they crossed the border south, lacking papers but emboldened by dreams. They found a scrap of land with an adobe storage shed to rent. It became their home. They stayed, and lived in the most primitive conditions. And thrived. Their temporary camp became more and more permanent: a haven for health-seekers from the U.S. and England.

Unquestionably, the beauty of the land helped seed their success: a fertile valley, shaded along its creek and river by oaks and sycamores, and guarded by Mt. Kuchumaa (sacred to the Kumeyaay tribe). Success was also buoyed by the Professor’s message during a time of global upheaval: live simply, respect the body’s inherent wisdom, and embrace a life in nature —beyond what he called the “stone colossus” of city life.

“The guests came because of the Professor; his charisma, his reputation, and to hear his lectures in person, held every day under a huge oak tree,” recalls Deborah.

Those guests who have been interviewed about the early days also said they returned because of Deborah, who embraced her role as everything from chief cook and proverbial bottle washer to general manager and even activities director— despite being only 18. In that first year they immediately planted a garden, then instructed guests to “bring their own tent” for $17.50 a week — if they helped out as “co-ops” with chores like working in the garden. “If you paid $35 you didn’t have to do anything,” recalls Deborah. Most guests chose the former. Rancho La Puerta was born.

Since the beginning our motto has been Siempre Mejor! — the Professor’s favorite greeting, delivered in his booming voice. “Always Better!” still guides us every day: Rancho La Puerta has been recognized around the world since the 1950s as the progenitor of the modern fitness resort and spa movement, and has been lauded by every major travel awards program.

Today Sarah Livia Brightwood, Deborah and Edmond’s daughter, presides over the family business as president, joined by chief executive and CEO Roberto Arjona. Edmond passed away in 1979. Their son — Alex — died in 2002. Deborah, now age 99, continues to live an active, healthy life that includes weekly lectures to Ranch guests and a busy schedule of community activism in San Diego.

Rancho La Puerta …seeks to guide those who are interested in a sane, well-balanced program of living. It emphasizes that health is the consequence of living in harmony with all the forces of nature, according to the laws of nature. It puts all the preconditions of such a life at the disposal of its members, and trains them according to the basic, ageless pattern of simple, natural healthy life for the body, and the utilization of all the values of science, literature, philosophy and the arts, for the mind…It is veritably a “School of Living” where the vital needs of the total man and woman are taken into account.

Brooklyn-born Deborah Shainman (May 3, 1923), daughter of immigrant parents (her father a garment factory owner and her mother a registered nurse) has lived a glorious life worthy of a novel’s most unlikely plot. The family moved to Tahiti during the Great Depression. There they met “the professor” —Edmond Szekely — who had taken over one of their favorite swimming holes for one of his health camps. A long relationship developed between the family and Edmond, culminating in the marriage of Deborah to Edmond in 1939, and the new couple’s journey to Baja California, Mexico, in search of a site for their latest health summer camp. That same site today is Rancho La Puerta.

Our motto has always been “Siempre Mejor,” which means “Always Better.” Our co-founder, Deborah, believes this must also mean “Always Changing.” The Ranch reflects this, from the ground up.

To browse Edmond’s and Deborah’s — and Rancho La Puerta’s — history in much more detail, please enjoy these “Origins of the Ranch” chapters.